Home » Blog » How can I make my garden more secure
Blog

How can I make my garden more secure

Note: This section is now in the archives and the advice service has finished but feel welcome to look over these previously posted articles.

An important aspect of garden design, which is often overlooked, is the placing of certain plants or features to make the house and garden more secure. Obviously first on the list is a sturdy fence around the boundary, but this can be supplemented in a number of other ways to ensure any unwanted visitors are kept out.

By planting thorny or spiky plants along a vulnerable section of fence, you will help to discourage any potential intruders.

Security can also be increased by having mixed shrub and flower borders beneath the windows of the house. Make the beds at least 1m in depth (more if possible) and try to include at least one thorny or spiky leafed shrub nearest to the window.

Certain types of hard landscaping material and other features and structures within the garden will help to increase security.

Although it is important to make your house and garden secure, it is perfectly possible to do it in a way that is also attractive. Combine some of these security measures as an intrinsic part of your overall design, rather than imposing them on the garden as an afterthought, and only the potential burglar will appreciate just how uninviting your garden looks! 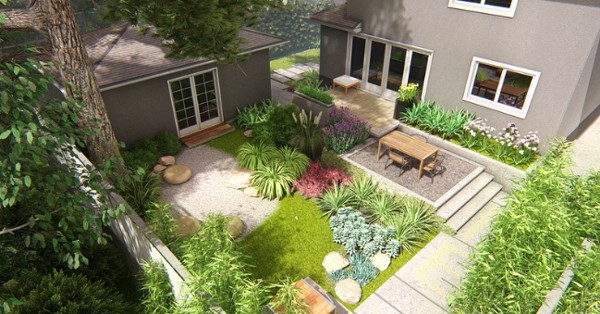 The Best Portable Table Saw to Bring on Your Job Site