My K2 telephone box got cooked by Les Kenny

I think my favorite project of all time would have to be the English K2 telephone box which I built back in 2012.
It was a pretty good detailed copy of the real McCoy. 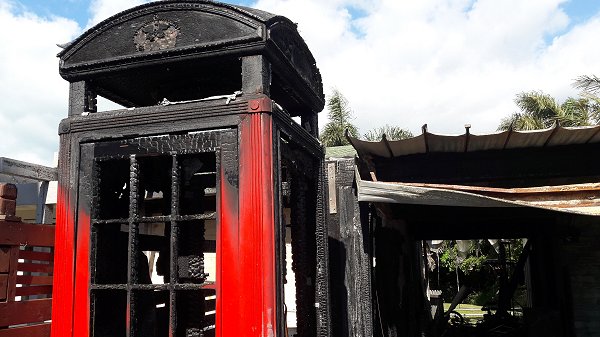 More about the fire and the how, where, who, at the bottom of the page. 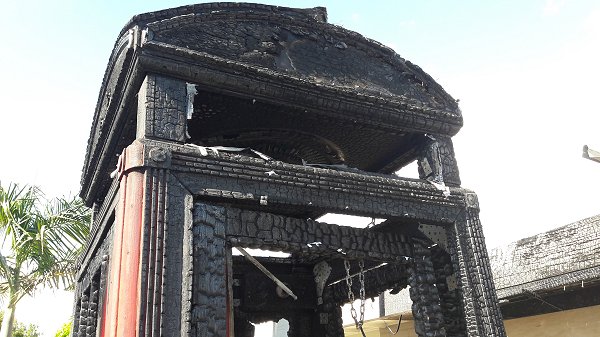 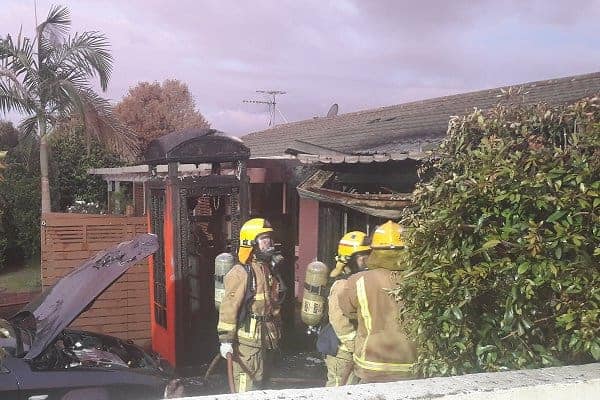 The fire started in the back garage possibly from a clothes dryer. It spread through the house at an alarming rate. 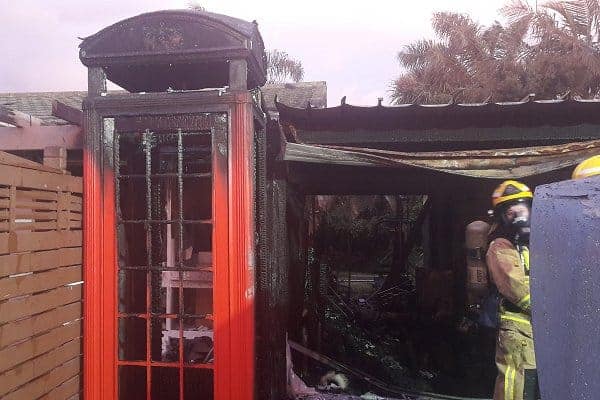 But the project lives on. Many people have used my plans to build one just like it. Evgeny is the latest of many to send in a photo or two of his build (pictures below).
You can see his photos/story here https://www.buildeazy.com/red-english-telephone-box/

Evgeny’s rendition below. You can purchase the plans (68 page pdf file) for only $5 HERE 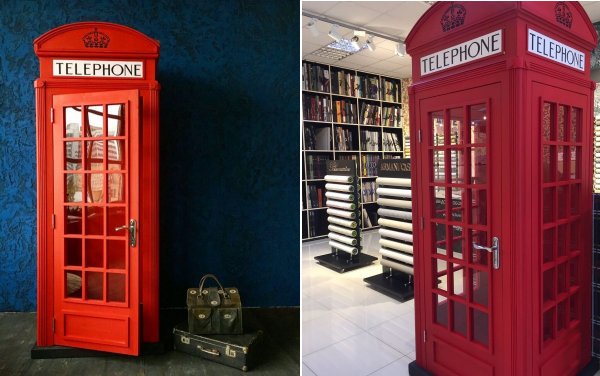 Some time back I had given the telephone box to my daughter Angela and it was at her house at the time of the fire.
Angela used to be involved in a lot of the earlier BuildEazy videos.

At the time of the fire (or just prior to) Angela was in the front room by herself working on her computer.
The kids were not home and her husband was at work.

She heard a strange unusual noise and walked to the long corridor to be confronted by a torrent of flames and smoke bellowing toward her.
Her recollection was it was like something out of a movie.

The front door was at arms reach and she was out of there faster that superman. She was a very lucky girl.

It is possible the fire could have been started by a clothes dryer in the back of the house.

We will be happy to hear your thoughts